Edit
watch 02:07
Spider-Man: No Way Home Trailer Dropped - The Loop
Do you like this video?
Play Sound

Willie Garson was an American actor. He appeared in over 50 movies, usually playing minor roles. He was best known for playing Stanford Blatch in Sex and the City. 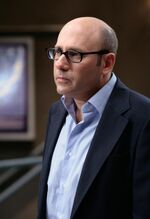