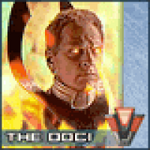 My name is Nick. I have been a Stargate fan since I saw the movie in theaters when I was 8. I then saw "Children of the Gods" in syndication in 1998. I tried to follow it through syndication but that proved difficult. I lost track in season 2 but discovered Stargate Mondays on Sci Fi six years later. I got caught up and have been watching new episodes live since "Gemini."

I am the Administrator of the Sons of Anarchy Wiki, Fringe Wiki, The Sanctuary Network and the Intelligence Wiki. I am addicted to TV and here is a list of all shows I have seen every episode of.

Retrieved from "https://stargate.fandom.com/wiki/User:Thurgood42?oldid=378388"
Community content is available under CC-BY-SA unless otherwise noted.