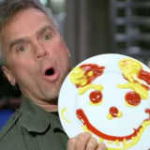 RDAisGod is an avid fan of Stargate SG-1 and Stargate Atlantis. His personal opinion of Stargate: Universe is that it is too much like Battlestar Galactica, of which he was not fond of.

He has seen every episode of SG-1 and Atlantis, and thinks that Richard Dean Anderson is the greatest actor ever. Usually watching each episode, he looks for minor things that many other people don't notice, just for fun. It's always interesting to take notice of goofs that made it's way onto film.

He is an active contributor to the /r/Stargate subreddit.

Retrieved from "https://stargate.fandom.com/wiki/User:RDAisGod?oldid=367336"
Community content is available under CC-BY-SA unless otherwise noted.