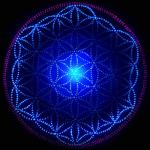 "Any intelligent fool can make things bigger, more complex, and more violent. It takes a touch of genius -- and a lot of courage -- to move in the opposite direction." Albert Einstein

"He who joyfully marches to music rank and file, has already earned my contempt. He has been given a large brain by mistake, since for him the spinal cord would surely suffice. This disgrace to civilization should be done away with at once. Heroism at command, how violently I hate all this, how despicable and ignoble war is; I would rather be torn to shreds than be a part of so base an action. It is my conviction that killing under the cloak of war is nothing but an act of murder." Albert Einstein

Retrieved from "https://stargate.fandom.com/wiki/User:Eugeniumum?oldid=261538"
Community content is available under CC-BY-SA unless otherwise noted.