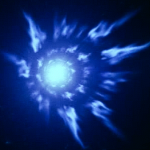 Oh, hello. I didn't see you there. I'm Anubis 10545 - an administrator here. Below is a list of some of my Stargate favorites, along with pictures, links, etc. Feel free to leave a message on my talk page if you have any questions or concerns.

A relatively incomplete list of the Stargate media I own:

Halling: Halling
John Sheppard: I don't know what that means.
Marshall Sumner: It's his name!


McKay: Ever seen a twenty kiloton nuclear explosion?
Sheppard: I have.
Sheppard: (Everyone looks at him) Not up close.

McKay: What is the one thing keeping us from having a shield?
Weir: That would be ...
McKay: Power. And what does the mega-storm from hell have lots of?
Weir: Power.
McKay: In the form of ...?
Weir: You wanna build a windmill?!

O'Neill: I'm so sorry, but I was having a lovely brunch.
Ba'al: Impudence.
O'Neill: No, tuna.

These 155 dreams occurred over the course of several years... this isn't all I think about. Also, I wrote most of these within 5 minutes of waking up so the grammar might be a bit wonky.

I (still being John Sheppard) was walking down a dirt road in the middle of the almond orchard with the remaining member of my team. I picked two almonds off a tree, pealed and ate the first one, but halfway through eating the second, Ronon Dex became visible only a little ways down the same dirt road. However, he was possessed by Michael's hybrids. I then fired an entire round of bullets into him with my P-90, but the bullets had absolutely no effect on him, and he was soon sanding directly in front of me. Then Rodney McKay and I were in a warehouse with a group of Michael's hybrids. They put Rodney and I on a pallet and then squashed us underneath a very heavy box, which didn't kill or hurt us, but we couldn't move. We were then transported to a place where someone else they wanted was... and they hoped that they would exchange us for them.

The next day, a three person (Human) team assaulted my house it order to find the Stargate. I faced them off in my garage, armed only with a machine gun. I took cover behind a car and I actually was able to get a few shots off on them. However, the bullets had virtually no effect as my gun's battery (a rechargeable electric drill battery) was nearing depletion. Because of this, the bullets weren't firing as quickly or as effectively. Eventually, it got to the point where liquefied bullets were just dripping out of the barrel. For some reason though, the three-person team took something from my garage and then left. I then got a charged battery but it was too late - they were gone. The following night is when the Covenant finally arrived. ~ I don't remember much after that though, but I'm pretty sure there was a large space battle and the Stargate and its DHD were taken aboard a ship. Another thing to note is that at some point during this dream, I saw a news bulletin on TV which stated that there were currently 40 Stargates on Earth.

After a while, however, these darts made a sudden run for the Expedition's Aurora-class ship, opening fire, and causing a rather large explosion to occur towards the rear of the ship. The Aurora then raised shields (as to deflect the main weapons fire from both Hive Ships) and launched a massive and continuous swarm of drones in response directed a both Hives. However, our Aurora-class ship was somehow defeated and the two Hive ships started approaching the planet.

I was then in my house and had apparently woken up at roughly 4:00am to use my bathroom. However, it was occupied by another member of my family. When they emerged, they said that if I went inside, I would be transported across the galaxy and I might never be able to return home (because the bathroom was actually a ship). When I went inside, however, I wasn't transported, but I somehow sent a message to a parallel universe... which inadvertently alerted an alien race to our presence.

Then, back over M35-117 (which the two Wraith Hives had started approaching) thousands of small, satellite-like crafts appeared in orbit and completely surrounded the planet, practically obscuring M35-117 below from view. At first, we believed that it was the Wraith who had brought the satellites (thinking it was what they did after they conquered a planet). However, the technology seemed radically different from anything the Wraith were known to have. All of the satellites immediately started emitting a green light. Then, a giant, translucent, red force-field was projected from each of them, which connected all of the satellites together in a grid to form a sort of 'planetary shield'. This force field completely surrounded the planet. Only a small group of humans (including Samantha Carter and the others aboard the Daedalus) were separate from the Atlantis Expedition members hopelessly trapped on the planet below. The two Wraith Hive Ships were in high orbit of the planet at the time, and after these events, they presumably left.

It was then several weeks later and the planet was completely under the control of the hostile aliens that had sent the satellites. (They were the race from the parallel universe that I had accidentally contacted from my bathroom). They had apparently created a massive underground prison on M35-117 and, aside from detaining Atlantis Expedition members, they also had several aliens who were... well, "really funky looking". There also appeared to be some parts of the prison that looked like they were above ground too. Anyway... in order to disguise their identity (for some reason) the aliens dressed all Expedition members like themselves ("really funky looking". They actually looked similar to the Judoon from Doctor Who).

Rodney Mckay was also trapped in this prison and was disguised as one of the aliens. Being the klutz that he is, he repeatedly was getting into trouble (such as by going into restricted areas or by annoying one of the guards). Because of his offenses, the guards were always shocking Rodney with a small, hand-held, green-colored device.

The episode then cut to Vanessa James, who had stumbled upon Destiny's bridge with Rush in it. When she walked in, Rush was dressed as Batman. Then, the episode cut to a scene where Rush (still dressed like Batman) was facing off against Kiva and several more Lucian Alliance personnel in the living room of some house. After talking briefly, Rush drove Batman's motorcycle through the wall of the house under intense fire from the Lucian Alliance people. The Alliance members (all except for Kiva) got into a "tricked out" Toyota sedan and followed him (they also drove through the wall).

The episode then cut to a shot of Destiny barreling down a massive asphalt runway. The runway had been built by a previous civilization of humans and was among the few things that remained of their civilization - having abandoned the planet hundreds of years ago. Anyway, Destiny had landing gear that resembled that of a regular jumbo-jet, which was being used to propel the ship along the runway. Inside Destiny, Rush, Eli, Brody, and Young were in Destiny's control interface room and were piloting the ship during its take-off. Dr. Rush calculated that Destiny needed to achieve a speed of 350 miles per hour before the ship would begin to lift off of the ground. However, when Destiny reached that speed, it wasn't able to take off. Brody then increased the speed to 354 mph, which was enough to get the ship in the air. The camera then panned to Dr. Rush, who said something like "well there was a margin of error in the calculations".

When Destiny arrived in space, it was suddenly under attack by the drones. In response, the Col. Young launched about 20 puddle jumpers to combat them. The Jumpers fired Drone weapons at the drone-ships, which fired large red energy pulses in response. The Jumpers also had shielding. Within a few minutes, the Jumpers completely defeated the drones.

Then back inside Destiny, The interior of the Destiny was completely different from normal. The hallways were lined with rigid, gray, metal walls (as opposed to the curved, bronze walls it normally has). I was walking down one of the hallways and at the end of one, I found a Stargate Universe boxset that included 3 DVDs, each of which included one of the show's 'three' seasons.

The dream then shifted back to the Prometheus. The ship's bridge had an Al'kesh built into it right where the front windows usually are. The Prometheus' crew had apparently all been abducted (similar to the episode Grace) except for 2 people who were left behind. As to rescue the rest of the crew, these 2 people boarded the Al'kesh and we going to use it to go after the crew as Prometheus itself was inoperable. However, before the Al'kesh could fully leave Prometheus and get into open space, it had to first disconnect itself from Prometheus hull and then pass through this giant set of hangar doors. Right when the Al'kesh approached these doors, they slammed shut. As the only was to re-open them was from inside Prometheus, one of the people got out of the Al'kesh to re-open the doors. However, the area between the Prometheus' hull and these doors was filed with water, and so they had to put on one of Prometheus' many scuba suits.

You know your a Stargate fan when...

Retrieved from "https://stargate.fandom.com/wiki/User:Anubis_10545?oldid=369039"
Community content is available under CC-BY-SA unless otherwise noted.