Unknown race
Stargate Wiki has a collection of images related to Unidentified spaceship.

The Unidentified spaceship was a vessel encountered by the Prometheus in 2004. The race of aliens who built the ship remain unknown to this day.

The vessel was a spaceship several times the size of the Prometheus. The ship's technology seemed to be superior to that of the Prometheus, as it was armed with high yield energy weapons capable of depleting a 303's shields in a matter of minutes (33 shots), and destroying 4 incoming missiles before they could impact on their hull. The craft also possessed transporter technology.

The ship has intergalactic hyperdrive technology or at least some form of alien equivalent. It is able to travel to the Milky Way from the alien race's home galaxy and travel to the Pegasus galaxy as well. (SG1: "Grace")(SGA: "Pleasure Cruise")

In 2004 when Prometheus encountered the vessel, the ship quickly opened fire, forcing the Prometheus to retreat into a gas cloud. As the ship rapidly followed, they both became trapped in the gas cloud, but not before beaming the entire crew, save Samantha Carter, off the ship, presumably as a means of leverage to force Carter to work on a way of getting both ships out of the cloud. Carter later traded the crew of the alien ship a way to escape the gas cloud in exchange for releasing the Prometheus's crew which the ship accepted. It later held up its own end of the bargain by transporting the Prometheus crew back to the ship. Interviews with the Prometheus crew later revealed that they were left with no memory of anything that had happened between the ship scanning the escape pods and being returned to the Prometheus bridge. (SG1: "Grace")(SGA: "Pleasure Cruise")

In 2009, Carter encountered the ship again in the Pegasus galaxy while commanding the George Hammond. Despite the George Hammond being much more advanced than the Prometheus, it also has no luck in defeating the alien vessel. Eventually, Carter realized that the aliens were testing them and they communicated with Carter using the forms of John Sheppard and George S. Hammond. During their contact, the alien admits that the ship really did get stuck in the gas cloud and it wasn't part of the test: they were simply trying to close the distance so that they could beam away the crew. They didn't expect the Prometheus to launch escape pods and nearly didn't take the risk of entering the cloud after the Prometheus. After they finished speaking, the ship once again returned the George Hammond's crew and departed. (SGA: "Pleasure Cruise") 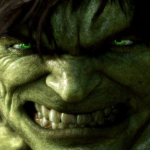