The Tranquan are a technologically advanced race. Their people have an addiction to a massive virtual reality system called Sinth that one of their people, Heenot, created. Their addiction became such a problem that they could have died from their planets harsh electrical storms if the virtual system hadn't been forced to shut down by Gus Bonner. One of them also neglected themselves to starvation since their feeding tube fell out and she haden't bothered to leave the Sinth to put it back in. Seattle Montoya gave Heenot an idea of a time limit for the Sinth, which he seemed interested in. 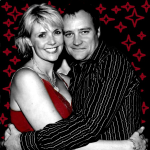