The Tau'ri-Tok'ra Treaty was a formal treaty signed between the Tau'ri of Earth and the Tok'ra, a disgruntled group of Goa'uld, in their collective fight against the feudal System Lords and their armies of Jaffa warriors.

The Tau'ri team SG-1 first made contact with the Tok'ra in 1998. Despite mutual reservations, the two agreed to open up relations between their peoples, mostly due to the fact that Jacob Carter, a Major General in the United States Air Force, agreed to become host to the Tok'ra symbiote Selmak. (SG1: "The Tok'ra, Part 1", "The Tok'ra, Part 2")

In 2000, the Tau'ri and Tok'ra completed negotiations of the treaty that would cement their alliance. The Goa'uld tried to prevent this by planting Za'tarcs among Stargate Command and Tok'ra personnel with the intention to assassinate the Tok'ra leader, Supreme High Councilor Per'sus, and the President of the United States. The plot ultimately failed and the treaty signed. (SG1: "Divide and Conquer")

One of the articles of the treaty stated that both the Tau'ri and the Tok'ra would give full disclosure about matters of mutual concern. This included exchanging any information that would help in the fight against the Goa'uld whether it be intelligence or new technologies. (SG1: "Death Knell")

Despite the treaty neither side wholly trusted the other. The Tok'ra did not agree to share all of their information - such as the location of their operatives in the ranks of the System Lords - or give access to the Tok'ra Operative Network which monitored the location of the Goa'uld Ha'tak fleet. A continuous source of concern for the Tok'ra was that the Tau'ri were uncomfortable with the fact that they were symbiotes. The Tok'ra furthermore objected to the plan to build a Tau'ri fleet using Goa'uld technology. The Tau'ri continued to resent the reluctance of the Tok'ra to share information. A situation that was worsened by incidents like the one in which the Tok'ra symbiote Kanan took over the body of Colonel Jack O'Neill, thereby causing the Tau'ri to lower their opinion of the Tok'ra. (SG1: "Abyss", "Death Knell", "Reckoning, Part 1")

All of this eventually led the Tok'ra to sever relations with the Tau'ri. After the fall of the Goa'uld Empire, the relationship was renewed but it is unclear under what terms and if the treaty is still valid. (SG1: "Death Knell", "Camelot") 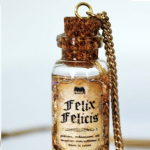