This page sould say somthing about how the Rings and Stargate are the same thing execpt one is for short range and the other long range. I mean look at the evidence they both require another (near identical) sytem to connect too in order to work effectively, they both convert matter into energy/information, the only real differance is one works by sending the information through a wormhole while the other dose not! -- 155.205.200.19 02:21, 12 October 2007 (UTC). 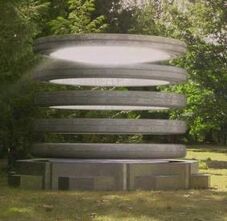 While we don't have proof, might one assume that the Tau'ri do in fact construct their own ring transporters? We know that there is at least one of them on all of the seven battlecruisers built by the Tau'ri so far. (all having a greyish appearance contrary to most golden transportation rings seen).

By that same token, one might also assume that the Tau'ri construct their own control crystals as well. As, obviously, the Asgard no longer exist to give the Tau'ri crystals, and because the whitish colored crystals the Tau'ri use seem to be unique to them (all others of a cylindrical shape having appeared multi-colored) it seems unlikely they could acquire the large amounts of crystals they require though any means other than reproducing them themselves.—Anubis 10545 18:43, 1 March 2009 (UTC)

That's a good point. If the Goa'uld could construct their own transporters and crystals I'm quite sure that the Tau'ri would be able to do it, especially after they have aquired the knowledge of the Asgard. --Swedish guy 18:57, 1 March 2009 (UTC)

Comparing the Goa'uld with the Tauri saying that if the goa'uld can do it, the tau'ri can, is an extremelly bad comparison, the Goa'uld have been space faring for thousands of years, their is a color difference between Goa'uld Transporters as well, the Tau'ri one doesnt hae any real distinction between them and Goa'uld transporters, except the floor is a little different, which hardly matters. Also, saying that they have the knowledge of the Asgard gives them the ability to generate lots of things, like these, is quite poor. A very good comparison here is that the Asgard had the knowledge of the Anceints, but after thousands and thousands of years they had only scratched the surface of Ancient knowledge, due largely to not being able to fully undersand the information on the Database. Tau'ri compared to Asgard, is like Asgard compared to Ancient, with an even more extreme difference in technology. The Tau'ri integrated the rings into the ships before the Asgard gave them the core, on multiple ships. They discoverd a great many sites where the transporter was no longer in use, and we know they did a lot of work in just interfacing our technology with Goa'uld and ancent technology, which seems likely to have been the first step in the road to crystal technology, early on it seemed like they had some Goa'uld style crystals, perhaps stolen/salvaged, but now, they have a different design, perhaps influenced by study of ancient crystals, because its more similar to those, but how it compares technologically, we have no idea. I'd say its only marginally possible that they developed ring transporters, they really dont look any different then Goa'uld ones, you'd think Tau'ri's first transporters would at least be far more bulky, and deployment of them around the person would take longer...74.129.75.153 16:28, February 10, 2010 (UTC)

Are the Asgard transporters really inferior to the rings? They appear to work in conditions where many other transporters can not. A ring transporter needs to be part of a set, just like the ones in Atlantis, while one Asgard transporter is capable of sending a person from A to B on its own... I would not call that technology inferior at all. Perhaps it could be even better! ItWasThatGuy! (talk) (Contribs) 18:21, January 11, 2010 (UTC)

In "The Tok´Ra Part II" when Sam, Martouf and Jacob escaped through the rings, they brought them to the surface and then seem disappear instead of returning to their hidden platform. This seems to be a kind of self destruct installed in Tok´Ra rings, so they can escape without leaving a trace of their existence (like the tunnel) sg27 80.226.220.66 16:45, February 12, 2010 (UTC)

The tech specs section gives their diameter as 7 metres - which is clearly too large, considering the visual evidence (plus the claim that they're half the size of the Stargates) points closer to 7ft. Is there any definite word on their actual size? Or how high an object they can actually transport? 82.45.108.90 17:43, June 6, 2010 (UTC)

Seeing as the Ancients had beam transporters later on, and seeing as how rings just don't fit in with any Atlantis-era technology, don't these rings just look so Destiny-era to you. I mean, if they popped out of the floor in SGU season 3 (yes, I know, there wont be one, but if there was), would it actually look out of place (obviously a teleporter would, as they're not in SGU because they're a bit unbelievable, but the physical rings)? It's just the colours and blockyness :) Sman789 (talk) (Contribs) 22:35, May 10, 2011 (UTC)

It's never said on the show when the rings were first deployed, so it's at least theoretically possible... maybe even just as a prototype set, one that doesn't actually go anywhere but simple tests the theory of their operation... I mean, we left the series before they could fully explore Destiny; we don't know what all could be onboard. Magus121 (talk) (Contribs) 15:08, May 18, 2012 (UTC)

Destiny has those elevators, though. The elevators seem to be less advanced than the Rings (much less the Atlantis transporters) because the elevator physically moves from place to place whereas the Rings and transporters don't. A plausable in-universe explanation is the rings were invented after the Ancients launched Destiny, though it doesn't explain where the Ori got their rings from  (since Destiny was launched from Earth after the Ancients left the Ori galaxy).

Retrieved from "https://stargate.fandom.com/wiki/Talk:Transportation_rings?oldid=285539"
Community content is available under CC-BY-SA unless otherwise noted.