Stargate Command (abbreviated to SGC) is a top-secret military organization founded and led by the United States Air Force in conjunction with the International Oversight Advisory, tasked with operating the Stargate device and all matters pertaining to things offworld, such as threats to Earth or missions to procure new technology from extraterrestrial civilizations. It is based inside the Cheyenne Mountain Complex in Colorado, code named "Area 52". (SG1: "Politics")

The SGC base acts as the secure ground station for all Stargate activities. It is typically commanded by a Major General (O-8) and is staffed by subject matter experts and military support personnel, several elite special operations teams, and several SG teams, including SG-1, the SGC's main flagship team.

The SGC is located one thousand meters beneath Cheyenne Mountain. This protects it from most forms of attack, including indirect nuclear detonations, and allows containment of biological or chemical hazards generated by Gate travel (the base may be 'locked down'). However, it was shown in an alternate reality to be unable to withstand a direct Goa'uld attack.[7]

The primary function of the base is to secure the Stargate (by locking it under 1000 meters of rock inside a secure military base) and protect the Earth. Simultaneously, it exists to coordinate exploration and diplomatic relationships through the Stargate; i.e. it is the core of the Stargate Program, the mission of which is to procure technology that can defend Earth, and make offworld allies.

The SGC serves as one location for researching alien technology with larger or longer term research projects being conducted at Area 51 off-site in Nevada. On more than one occasion, SGC personnel have had to recapture alien technology that has escaped into the outside world. Many cover stories have been generated to keep the general populace, even high-ranking government officials, unaware of the goings-on within the SGC.

History of the SGC

The Alpha Gate, originally found in 1928 in Giza, Egypt, was stored in various locations by the United States Air Force, including Washington D.C., before it was installed in the Cheyenne Mountain facility. While the Stargate had been previously studied (most notably in World War II which Ernest Littlefield was transported to Heliopolis during an experiment to determine if the stargate could be used as a weapon), no one else was able to make the gate function until Egyptologist and Archaeologist Dr. Daniel Jackson was introduced to Project Giza, predecessor to the SGC in the mid 1990s. Jackson intuited the strange symbols around the perimeter of the Stargate device were actually representations of Constellations rather than Hieroglyphs, and the device could 'dial' another Stargate by 'locking' seven (or, much later, up to eight or even nine) of its chevrons onto these symbols, like a combination lock. This 'dialing' activates a wormhole between the dialer's Stargate and one of thousands of other Stargates across the cosmos, allowing for near-instantaneous travel to other planets.

Subsequently, Major General W. O. West ordered USAF Colonel Jack O'Neill and a team of military personnel accompanied by Daniel Jackson through the Stargate from the Colorado Creek Mountain to Abydos, where they encountered Ra. Ra was a Goa'uld, an alien race that uses Stargates to transport slaves and goods throughout the galaxy. (Stargate)

The Stargate and any related programs remained dormant until 1997 when the Goa'uld Apophis dialed the Earth Stargate and arrived into the Embarkation Room with a group of his Serpent Guards.

While his First Prime, Teal'c of Chulak took Senior Airman Carol Weterings prisoner, Apophis' guards responded by attacking and killing the four male personnel who were playing poker near it with one Serpent Guard dying in the process. The remaining troops along with Apophis himself later fled, taking an unconscious Weterings with them. When it was confirmed that Apophis had not arrived via the Abydos Stargate but instead a planet called Chulak, it was realized that the Stargate was capable of connecting with multiple destinations. O'Neill, having been retired since the Abydos Mission, was eventually recalled to active duty and assigned to head the rescue mission where he successfully convinced Teal'c, Apophis's First Prime to defect from the service of the Goa'uld and join the SGC teams.

After learning from Teal'c that the Goa'uld were a serious threat, Stargate Command was formed with a contingent of SG teams, of which the primary team, SG-1, consisted of Colonel Jack O'Neill, Dr. Daniel Jackson, Captain Samantha Carter and Teal'c. Their standing orders, along with the SGC, were to acquire weapons or technology that could help Earth in the fight against the Goa'uld, including establishing alliances. (SG1: "Children of the Gods")

From that point forward, the SGC began exploring hundreds of worlds using an ancient Goa'uld map found on Abydos, in conjunction with calculations to account for galactic drift since the map was made. After encountering a few advanced races, they also began researching and developing many alien-human hybrid devices, such as fighter-jets capable of spaceflight, and Earth-designed battlecruisers, some of which ended in success or failure.

About a year and a half after the first activation of the Stargate and the mission to Abydos (about half a year after the creation of the SGC and the SG teams), a second Stargate — the Beta Gate — was found on Earth, in Antarctica. This Stargate was sealed until after the original Giza gate had crashed into the Pacific Ocean aboard the Asgard vessel Biliskner. (SG1: "Solitudes", "Nemesis", "Small Victories")

Russia, performing deep-sea research in the area, discovered the Alpha Gate and began using it in conjunction with the Dial Home Device they had captured from Germany after World War II. Eventually, the Antarctic gate was destroyed by a device controlled by Anubis, and the Giza gate was returned to the United States from Russia for rent and an agreement to share plans for the F-302 fighter-interceptor and BC-303 interstellar battlecruiser (by this point, however, the DHD was destroyed rescuing Teal'c.) This agreement also called for the formation of a Russian SG team at the SGC. Renewal of this agreement led to Russia acquiring a Daedalus class battlecruiser, the Korolev. (SG1: "48 Hours", "Redemption, Part 1", "Redemption, Part 2", "Metamorphosis", "Crusade", "Camelot")

In 2004, Stargate Command was also the launching point for the Atlantis expedition led by civilian Dr. Elizabeth Weir. (SGA: "Rising")

The SGC extends many levels beneath the ground, officially called sub-levels. At level 27 is the Briefing Room and the Commander's office. The Embarkation room with the Stargate is at level 28. The Gate is dialed from the Stargate Operations room above using the dialing computer, from where Commanders are also able to use a microphone to give orders. There is a long ramp in the middle of the Gateroom leading up to the Stargate, allowing vehicles (such as the MALP robot probe) to enter the Stargate, as well as easier access by persons. (Most other Stargates are partially in the ground, waiving their need for a ramp) As a relic of the days when the complex was a missile silo, the ceiling opens and the Stargate may be lifted in and out of the Embarkation Room; this also allows Puddle Jumpers to access the room. (SG1: "Redemption, Part 1", "Redemption, Part 2") (SGA: "The Return, Part 1")

Hostile aliens such as the Goa'uld are usually prevented from entering the SGC through the Stargate by use of 'the iris'. This is a device that creates a barrier a few micrometers in front of the event horizon of the Stargate, keeping any matter from fully rematerializing, thus preventing the passage of dangerous objects and/or entities. The iris also prevents the formation of the unstable vortex usually seen when the wormhole is first established. It can be opened for the return of an SG team, but is closed if there is an alien attack. The Iris is made up of a Trinium-Titanium alloy, having replaced the original Titanium iris. (SG1: "A Matter of Time")

In the event that either the iris is penetrated or must be kept open because an SG team is returning under enemy fire, standard procedure dictates that a heavily armed defense team must be present, with their weapons ready, in order to provide defense in case of hostiles coming through the Stargate.

If the SGC is threatened with invasion, the facility has a self-destruct mechanism, which has been activated more than once. It requires at least two high-ranking officers to initiate or deactivate (although the computer system may be manipulated so as to avoid this requirement). Alien takeover of the SGC is referred to as a "Foothold situation". (SG1: "Foothold")

However, according to Lt. Colonel Samantha Carter, the self-destruct is not powerful enough to destroy the Stargate, and has only a minimal chance of disconnecting an active wormhole. It would however bury the gate under 1000 meters of rock, thereby stopping any more incoming travelers. Even with these shortcomings, it remains the best backup plan available in the event of a hostile alien takeover of the SGC. (SG1: "Threads")

The SGC has been shown to possess various different technologies acquired from offworld. The presence of Naquadah generators, supplementing the bases' power supply, was confirmed in 2004. The base is shown to have Tok'ra force fields protecting the isolation rooms, Carter also states that 'the emergency force fields are in effect', suggesting that the force field technology is not limited to one specific section of the base. (SG1: "Avatar", "Prototype")

Attempted shutdowns and takeovers of the SGC

On many occasions the very existence or control of the SGC has been in threat. Senator Robert Kinsey has often made strong efforts to close down the entire Stargate Program, arguing that the existence of the Stargate is far too great a threat to Earth. Richard Woolsey, an inspector, recommended the closure of the SGC to President Henry Hayes, arguing that SG-1 were a reckless team that more than once had caused the Earth great threat. Kinsey later on tried various methods of putting himself in power over the SGC, mainly through links with rogue NID leaders, who have tried to sabotage the base on many occasions, once even succeeding in stealing the Stargate itself. (SG1: "Politics", "Chain Reaction", "Disclosure", "Inauguration", "Endgame", "Full Alert")

On a few occasions, aliens have managed to permeate the iris. The Tollan possess technology capable of allowing people to pass through matter, but were never considered a threat owing to their friendship with Earth. At least once, the base was compromised by aliens with unforeseen abilities. Anubis, a powerful System Lord with access to Ancient technology, has tried to destroy the SGC via various methods, including the detonation of the Stargate itself with the Stargate destroyer. All attempts to subsume or destroy the SGC to date have failed. (SG1: "Foothold", "Pretense", "Redemption, Part 1", "Redemption, Part 2")

In chronological order, the leaders of the SGC:

Stargate Command held a lot of personnel from military to civilian.

This page uses content from Wikipedia. The original article was at Stargate Command. The list of authors can be seen in the page history. As with SGCommand, the text of Wikipedia is available under the GNU Free Documentation License. 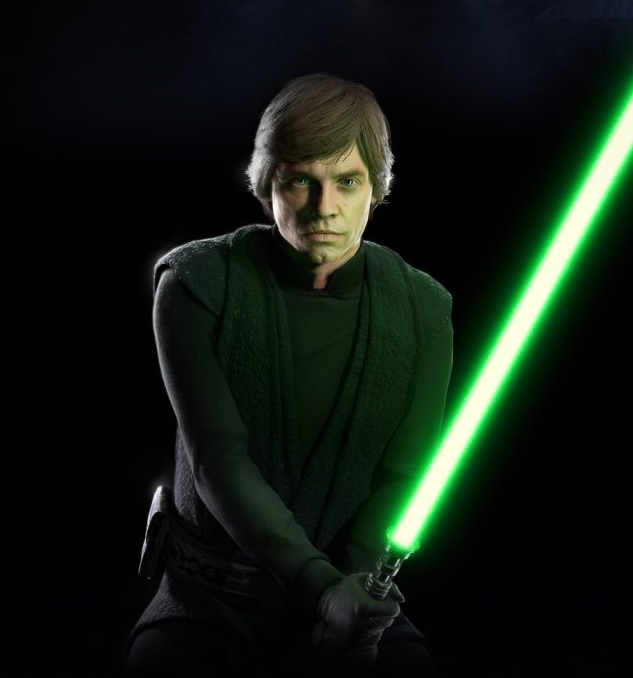