The Mobile drilling platform was an underwater drilling station used by the Lanteans during the War with the Wraith.

The station was used to drill the ocean floors of Lantea, to provide geothermal energy to Atlantis via an umbilical cable. The station is capable of moving about the ocean floor to find new thermal pockets in the planets crust and drill into them to provide power. The station is equipped for long term living with living quarters as well as emergency systems such as forcefields. The station also has a pressurized access bay and depth suits used to make repairs on the outside of the station.

"The Ancients abandoned this project for a reason. Let’s try to find out what that reason might be before we start drilling into the planet’s crust."
―Elizabeth Weir[src]

The station was abandoned by the Lanteans for some unknown reason. The Atlantis expedition later discovered the station, along with a drowned Wraith cruiser. It was discovered that a Wraith Queen was on board the cruiser and swam over to the station to try to find a way off of Lantea. She had also set a Self-destruct on board the cruiser which when detonated would destroy part of Lantea due to its position over a thin area of the planet's crust. The station was inactive until the expedition reactivated it to supply power to Atlantis for the shield and the Stardrive after they were attacked by an Asuran satellite and needed to escape Lantea. Rodney McKay anticipated that the station would be destroyed when Atlantis left Lantea and as such, the crew was beamed to the Apollo. (SGA: "Submersion", "First Strike") 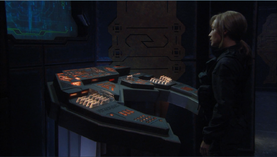 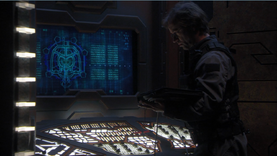 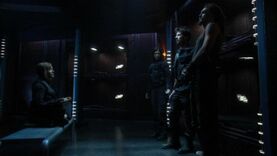 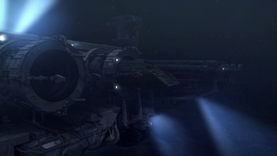 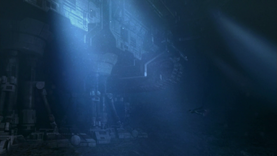 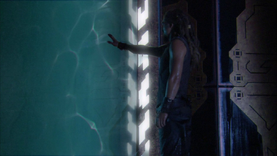