Elyse Levesque is a Canadian actress who played Chloe Armstrong on Stargate Universe. She is most recently known to sci-fi fans as Casey Brock on the series Smallville. She won HRIFF Award as "Best Supporting Actress" (2015). 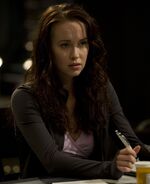 Airman Kelly
(Kino: "We Volunteer To Do This")
Add a photo to this gallery 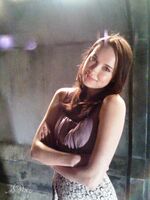 Add a photo to this gallery

Retrieved from "https://stargate.fandom.com/wiki/Elyse_Levesque?oldid=435521"
Community content is available under CC-BY-SA unless otherwise noted.