The Edorans are a race of humans from Edora. Their ancestors were taken from Earth by the Goa'uld several thousand years ago. In 2000 they were reunited with their Tau'ri brethren after a long time and they formed an alliance. They are peaceful and live at the same technical level as Earth during the pre-industrial age. One hundred and fifty years ago, a small group of Edorans took refuge in some caves near the village when Edora hit by meteors.

Their home planet is very rich in naquadah. Edorans live mostly on agriculture and fisheries. The Edorans living in the village are the only the descendants of Edora. The Tau'ri started training the Edorans and provided them with medicines. (SG1: "A Hundred Days") 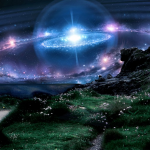