It's beautiful."
"Yes, it is.Samantha Carter and Jack O'Neill

Earth (Terra[5] in Ancient, Midgard to the humans settled by the Asgard, Tau'ri in Goa'uld, and designated P2X-3YZ[6] by the Tau'ri, this being the gate's network code), is the home planet of the Tau'ri and the cradle of human civilization in the Milky Way. With a population of over 7 billion, Earth was one of the most populated known human worlds in both the Pegasus and Milky way galaxies. This is due to a long period of isolation from any alien contact, as well as their success in thwarting various alien attacks thanks to the staff and personnel of Stargate Command who have also successfully stopped any attacks by various enemies including the Goa'uld, Replicators, Wraith, Ori and Lucian Alliance. (Stargate: Continuum, SGA: "Rising")

Earth was the second planet that the Ancients colonized after they left their home galaxy (the first planet being Dakara). . Known to them as Terra, it was central to their empire in the Milky Way and was the place from which they launched Destiny, a ship designed to explore the universe. Earth was also home to the city of Atlantis situated in Antarctica which was then much closer to the equator. Between five and ten million years ago, the Ancients were forced to leave in Atlantis for Pegasus due to a plague, that was very similar to the Prior plague that was used by the Ori during the crusade. They eventually returned after the war with the Wraith where some chose to join the native humans and integrate into human society, passing on the Ancient Technology Activation gene. They also influenced societies such as the Greeks and Romans, inspiring the myth of Atlantis and passing on their language. (SG1: "Lost City, Part 2", "The Drift", "Avalon, Part 2", SGA: "Rising")

When the Ancients came back to Earth circa 8,000 BC, they found the humans in a primitive state of society and knowledge, and under control of the Goa'uld known as Ra. The Ancients then, seeing that there was no hope of rebuilding their societies, spread out to many lands (integrating into the primitive societies, ascending, making their way to the Stargate in the Southern Pole or dying, leaving the remaining humans in a primitive and defenseless state). Ra remained, controlling Earth until circa 3,000 BC, when an alternate SG-1 traveled back in time and helped the ancient humans to start the rebellion. After that, Ra abandoned the Earth. (SG1: "Children of the Gods", "Moebius, Part 1", "Moebius, Part 2", "The Pegasus Project")

Thanks to the rediscovery of the Stargate, the Tau'ri have come to find out that Humans live on other planets in addition to Earth, each with their own unique cultures. As the Stargate Program progressed, the term Tau'ri eventually came to be used to specifically identify humans from Earth. Earth has one of the largest human populations of any planet in the known galaxies, possibly the largest. Major General Henry Landry believed Earth to be the most densely populated planet in the Milky Way Galaxy. The flourishing population is often credited to Earth being disconnected from the Stargate network in the intervening time between Ra's departure and the Tau'ri discovery of the gate in 1928, in addition to its existence either remaining unknown by Goa'uld aside from Ra, or simply passing from their knowledge. (Stargate)

In 2004, Earth became the focus of the System Lord Anubis. In what became known as the Battle of Antarctica, Anubis came with his mothership and a massive fleet of Ha'taks, which were destroyed by Drone weapons launched by SG-1 from the Ancient outpost in Antarctica, Anubis was left without a physical form in orbit. (SG1: "Lost City, Part 2")

In 2009, Earth came under attack from the super-hive. After waiting behind the Moon for its systems to mature, the ship moved into Earth's orbit and sent out a wave of Wraith Darts that was able to destroy the Control chair, one of Earth's greatest defenses. All other Earth attempts to defend against the upgraded Hive Ship also failed. However, Atlantis utilized its Wormhole drive and was able to confront the Hive Ship, and through the work of Lt. Colonel John Sheppard's team was able to detonate a Nuclear warhead on board the ship. After the battle, Atlantis remained on Earth in San Francisco Bay. Atlantis spent six months on Earth with the IOA attempting to claim Atlantis for itself which would effectively make the IOA Earth's first interplanetary government. After some shrewd political maneuvering by General Jack O'Neill, Richard Woolsey and Colonel Samantha Carter, Atlantis was allowed to leave Earth and return to the Pegasus galaxy. (SGA: "Enemy at the Gate", "Legacy: Homecoming")

In 2010, Earth was again the target of an attack by the Lucian Alliance. The Alliance personnel kept aboard the Ancient vessel Destiny complied with Homeworld Command and divulged as much information as they could regarding the attack, however it proved to be insufficient. The Alliance outfitted a Goa'uld Tel'tak with a naquadriah-enhanced bomb and flew it cloaked into The Pentagon as a surgical strike against the Tau'ri. The effort was ultimately thwarted by MSgt. Ronald Greer and Camile Wray with the help of Dr. Andrew Covel and Senator Michaels and Varro. (SGU: "Alliances")

Earth societies are greatly divided by various factors including governments, religion, economics, and contrasting ideological factors. While some cultures experience extreme wealth and the quality of life associated with it, many others live in abject poverty with questionable access to even basic survival necessities. Some nations and people groups are governed democratically, socially, or communally, but some are ruled by tyranny or autocracy. While there is often a broad level of economic and political cooperation amongst nations (especially facilitated by the United Nations, an intergovernmental organization), there is also a great deal of geopolitical conflict often characterized by the "West", or nations making up Western Europe and the Americas, and the "East", or nations making up Eastern Europe and Asia.

While coalitions of governments, such as the United Nations, often try to maintain peace and continuity around the planet, they are often ineffective to that end and wide varieties of crimes continue to be perpetrated throughout the globe.

Many of Earth's societies have historically had encounters with Goa'uld, Asgard and even Ancients at times in the distant past, leading to the folk religions that were pervasive for several thousand years in human culture. Even today, Norse mythology (influenced by the Asgard), Egyptian mythology (influenced by the Goa'uld), as well as Greek, Roman and British mythology and philosophy (influenced by both the Goa'uld and Ancients) continue to be studied today by scholars around the world. Although the true nature and sources of these mythologies remains unknown to anyone outside of the Stargate program.

It is speculated that after the Ancient's returned from their long disappearance to Pegasus, they found the Earth they left behind now under the domain of a second evolution of humanity. Thus, rather than choosing to take dominion over Earth again, they instead opted to either assimilate into the existing cultures (which is believed to be what lead to the establishment of Greco-Roman culture and also the presence of the Ancient Technology Activation gene in modern humans) or go into exile and seek ascension.

The combined Earth military is divided between roughly 190 independent governments, most of which are not privy to the knowledge of life beyond the stars. Only five countries possess interstellar military capability. Thanks to its long period of isolation, Earth has managed to develop beyond the pre-enlightenment period most societies are forced into by either the Wraith or Goa'uld. Earth is still primitive in comparison to some alien cultures but possesses technology arguably more advanced than any other in existence, particularly militarily. Tau'ri military technology relies on metallic projectile weapons, chemical explosives, and short to intercontinental ballistic and nuclear missiles. The more powerful Tau'ri nations possess Nuclear warheads.

The five permanent members of the United Nations Security Council have access to an array of extraterrestrial technology and weapons. These nations have reverse-engineered various starship and weapons designs, particularly those of the Asgard and the Ancients. The United States of America in particular has risen in little more than a decade from a planetary-based power to an intergalactic power, with several capital ships and off-world bases.

While many planets explored by the Tau'ri may have rather monolithic topography and climates, Earth possesses a plurality of both. Each continent contains wide range of ecosystems with various topographical features as well as flora and fauna that populate them. The planet's surface is approximately 71% water, and the other 29% making up the landmasses of Earth's seven continents. Throughout the planet, almost every landmass contains some combination of mountains, forests, deserts, plains, tundra, and valleys, with Antarctica being somewhat of an outlier as a rather uniform continent with polar features.

Rough estimates suggest there are around 1.2 million different animal species, and over 300,000 plant species on Earth. Though estimates for animal species have also ranged from 2 million to as high as 50 million, with approximately 10,000 new species discovered each year. Humans are the dominant species on the planet numbering around 7.1 billion. While many species of insects may outnumber them, humans are undoubtedly the apex species on Earth.

Earth possesses a varied climate depending on the geography and atmospheric properties of a region, across each continent may be a range of climates from polar to desert and everything in between. 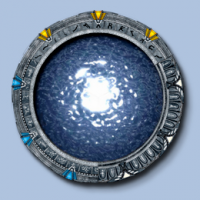