Start a Wiki
watch 03:22
'Stargate' Lore: Atlantis
Do you like this video?

Atlantis is the Lost City of the Ancients. The Ancients left our galaxy several million years ago for the Pegasus Galaxy. Once there the Ancients seeded the galaxy and life began to flourish where once there was none.

ANCIENT HOLOGRAM: -"In the hope of spreading new life in a galaxy where their appeared to be none. Soon the new life grew, prospered. Here *McKay and others talking over the Hologram* Exchange knowledge and friendship. *Above her head a sort of map appears* in time a thousand worlds bore the fruit of life in this form. Then one day our people stepped foot on a dark world where a terrible enemy slept. Never before had we encountered beings with powers that rivaled our own. In our over confidence, we weren't prepared and outnumbered. The enemy fed upon defenseless human worlds like a great Scourge until finally only Atlantis remained. This city's great shield was powerful enough to withstand their terrible weapons but here we were besieged for many years in an offer to save the last of our kind we submerged our great city into the ocean. The Atlantis Stargate was the one and only link back to Earth from this Galaxy, and those who remained used it to return to that world that was once home. There the last survivors of Atlantis lived out the remainder of their lives. This city was left to slumber, in the hope that our kind would one day return." quote from Stargate Atlantis. 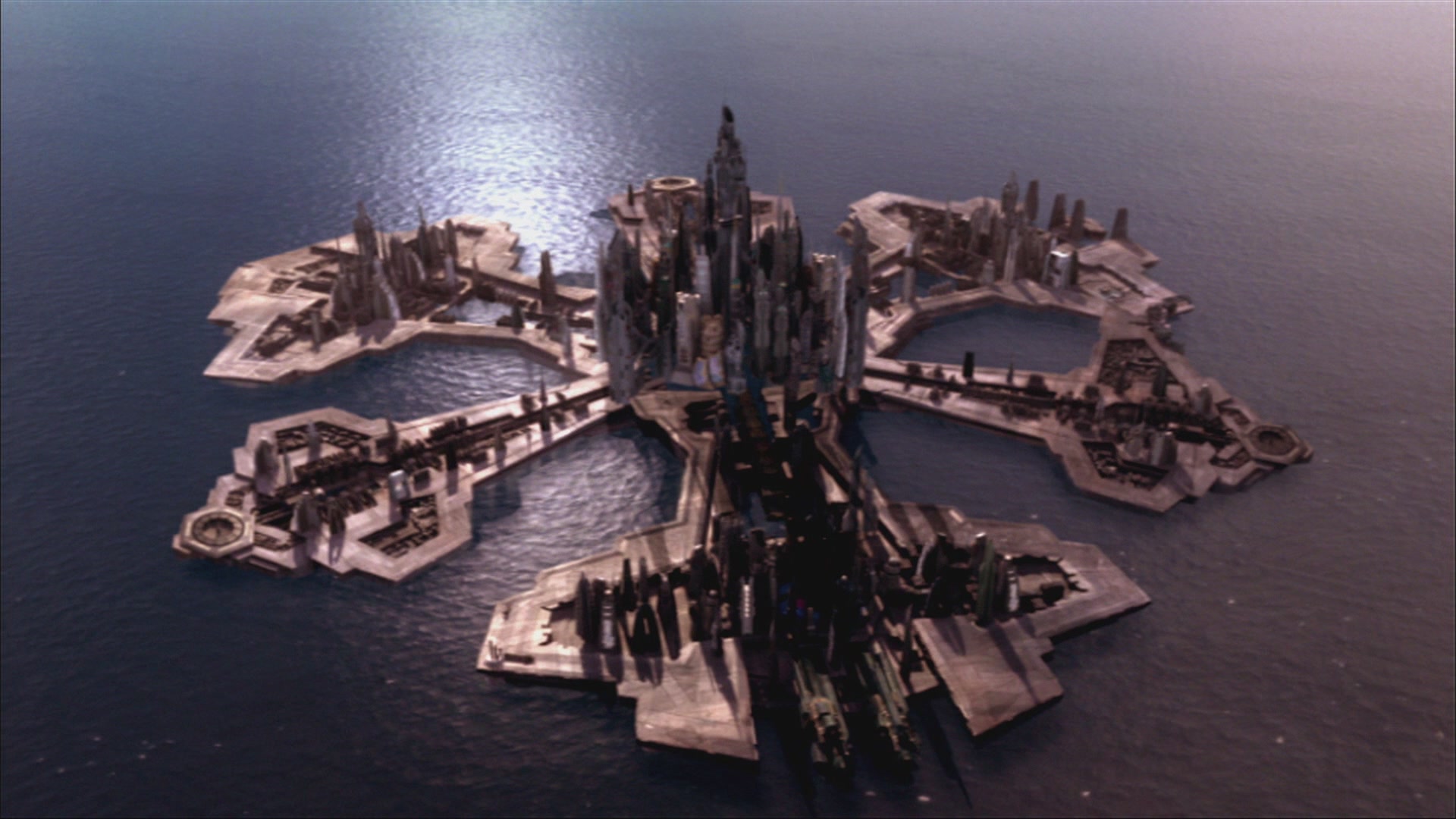 Retrieved from "https://stargate.fandom.com/wiki/Atlantis?oldid=5570"
Community content is available under CC-BY-SA unless otherwise noted.