Be a Wraithkin or a Hybrid?

Wraith
Yes
No
I want more than ten million

Love the Idea
Cautiously Optimistic
No Opinion
Concerned
Hate It

Why did the Tau'ri avoid on trying to make their own Stargates or Spacegates or Supergates?

The giant aliens in the enclosed mayan pyramid could they be Furlings?

I don't remember much else from the episode, except the team find a seemingly human woman on some mission - and when examining her on Atlantis they discover her body is "perfect" in a cellular way - absolutely no minor imperceptible scarring or damage that all human beings have from simply the gentle wear & tear of normal life - no evidence of any skinned knees or anything - so that fact clues them into the fact that she wasn't actually human, but was an fabricated avatar or being made to communicate with humans - I think..

Any clue as to what episode I'm talking about? - I know it was Atlantis - I think an earlier season, but not sure - I'm trying find that specific scene for a presentation.

Thank you in advance for any help you can provide.

Does anyone know what sunglasses Rda is wearing in the episode sight unseen S06 ep 13, you can see them when he calls general hammond from his truck when driving, their so cool.

i first started off by wanting to know what the Alteran space ship looked like, and i found what i think is an uncanny resemblance to the design of the lid from the Ark Of Truth, now obviously it's a little hard to see what i'm seeing since the resolution of this ship i had to blow up but i decided to put them up side by side and i found them to be an almost replica.

So this is the Alteran space ship that takes off within the mountain just as they leave the Ori galaxy forever. 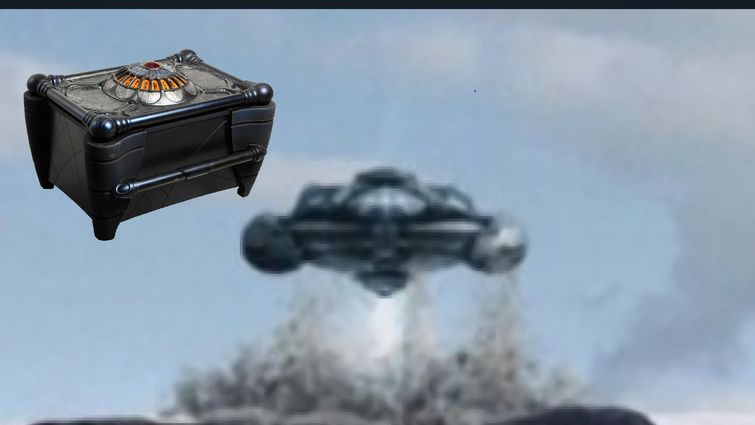 I just found it interesting that the ship resembled the same design as the lid for the Ark itself.

If the lid were tilted just to the right view, you would see what i see, although it's not exact, the color of the ship kind has an dark blue hue to it and it looks a little space punk, like what the Destiny had on the outside of the ship, but the resemblance is there when you see the ball things on the corners of the ship as well as the giant half sphere in the middle of the ship, and if you know what the inside of the lid looks like is an giant red crystal which is located directly below the sphere on top, where the Ark had it's power directed like where the ships power is directed for lift off.

Funny enough, there are little designs outside of the ark that resemble some goa'uld designs found in their tech, but because we know that the goa'uld tech is based off of Alteran tech, this would make sense. 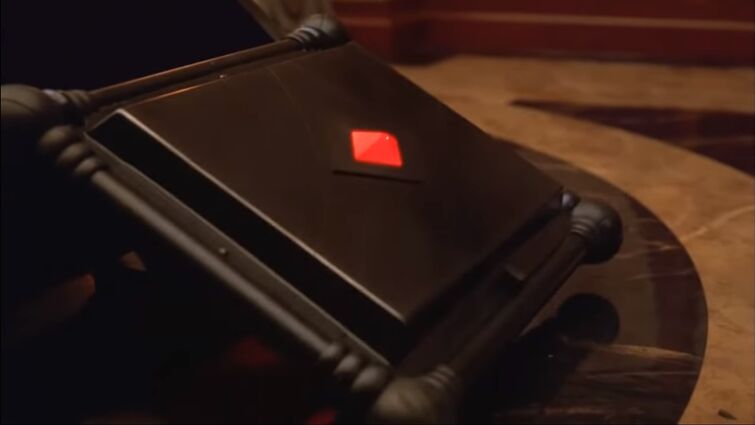 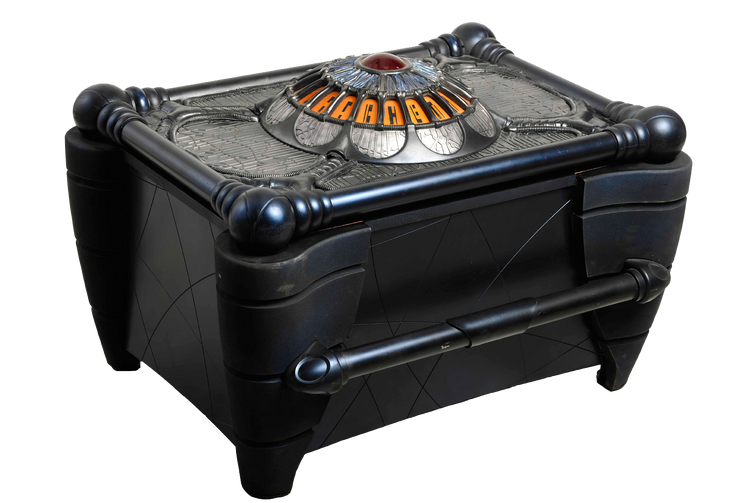 I'm trying to find either higher resolution pictures of the alteran mothership that left the Ori galaxy, if anyone knows where to find these please post the links here.

Or if you know of any site that has 3d models of the ships and tech in stargate.

Please delete my post. i already found the answer. sorry about that

I remember a scene from Stargate SG-1 where the SG-1 team is walking and talking about a previous mission where Sam got drunk and took off her clothes.

What Episode was it? or better yet, do we know what planet that mission happened on?

Is it at the bottom of the staff or in the middle somewhere?

I know it's basically that naquada power source, but it begs the question in how it remains so stable within the staff without blowing up, it's explained within the show that the naquada mineral is very unstable.

So what keeps it from blowing up when used in combat?

I know i always have the deep questions. bad habits die hard i guess.

I'm currently in the middle of watching Avalon part 2 as they talk about the alteran and their existence before the Ori took hold of their world.

Either an novel or maybe even an fanfiction that any of you might have come across that was a good read,

i would like to know, as i find their history very interesting.

i just came to the conclusion the Ori already had stargate & ring travel, long before the SGU gates came into existence.

And here is why i think this is the case...

Right after vala dies and is healed back to life by the prior staff, way before the fact they both meet the Doci, a prior is seen walking out of an stargate within the milky way galaxy to convert the ppl of that world.

I don't know why i never noticed this before. But in the ark of truth movie, we see that scientist of the alteran just before they launch away within their spaceship, we see him open his little booklet and on the paper of we see a little drawing of the stargates. and he makes the claim that he had a dream the night before about an amazing idea with the stargates being this idea.

It's tough to say, but i think the first stargates to ever be built were by the Ori, because it's also explained within the episode Avalon part 2 when Dr. Jackson is reading that book in that vault that talks about the alteran leaving their galaxy and how long it takes before they reach a great belt of stars (the milky way) Danial mentions it took them a few thousand years go by, before they reach this belt of stars, i assume they were in some kind of FTL travel before they reached the milky way galaxy, i would also assume they had some kind of stasis pods for such a long journey as it's the only thing that makes sense.

Then when they are established within the milky way galaxy is when the scientist who had the dream about his idea of the stargates puts it into motion for the first time.

But thousands of years have passed since they left the Ori galaxy, and presumably the Ori already have an gate system established within their galaxy, which also means they would of had an head start in perfecting these stargates in how they function long before the SGU gates were ever built to begin with.

Now it all makes sense in how the Ori came to have built stargate Technology before they left for the milky way, and how they built the supergates and ring transporters. maybe that dream also had the ring platform idea in there as well, but that tech didn't exist for the alteran civilization until some time after they launched Destiny as the Destiny doesn't have ring transporters and only has old fashioned elevator tech installed.

There are 4 versions of stargates out there, only one was built by the Ori and the others were built by the alteran.

this is so crazy after all this time of watching this show i thought i knew about everything, i thought i understood everything perfectly until now.

I remember back when this video game was being developed, and being excited for it's release, but it was canceled and we never got to play the game. but i want to know if they ever released an novel of where that story was going to go.

If anyone has any information to what i'm talking about, please redirect me to that source material, as i would really like to read about the stories and possible outcomes of these games.

While, now and then, logically speaking of time travel does appear to make sense. Like in the episodes Before I Sleep and Unending. Although, the episodes from the future mostly seemed off. Like in The Last Man and 2001.

Like how John was given the information from the Hologram McKay and when the note from 2010. When the timelines changed. Could that be assumed the memories of the events wiped out?

The Nox decided to be pacifists, Asgards kicked the bucket, Ancients ascended (and other crud, not getting into that), but what happened to the Furlings? I think it was mentioned at some point, but I don't remember if so.

What if later the Atlantis Expedition found because Elizabeth Weir told them about a duplicate of Atlantis once belonged to the Niam's Faction. On a new planet and for the sake of it maybe named New Atlantia.

Would the Ancients have the justification to claim any duplicates, because they have created the Asurans?