SGCommand
Start a Wiki
ALL POSTS
This post is locked. 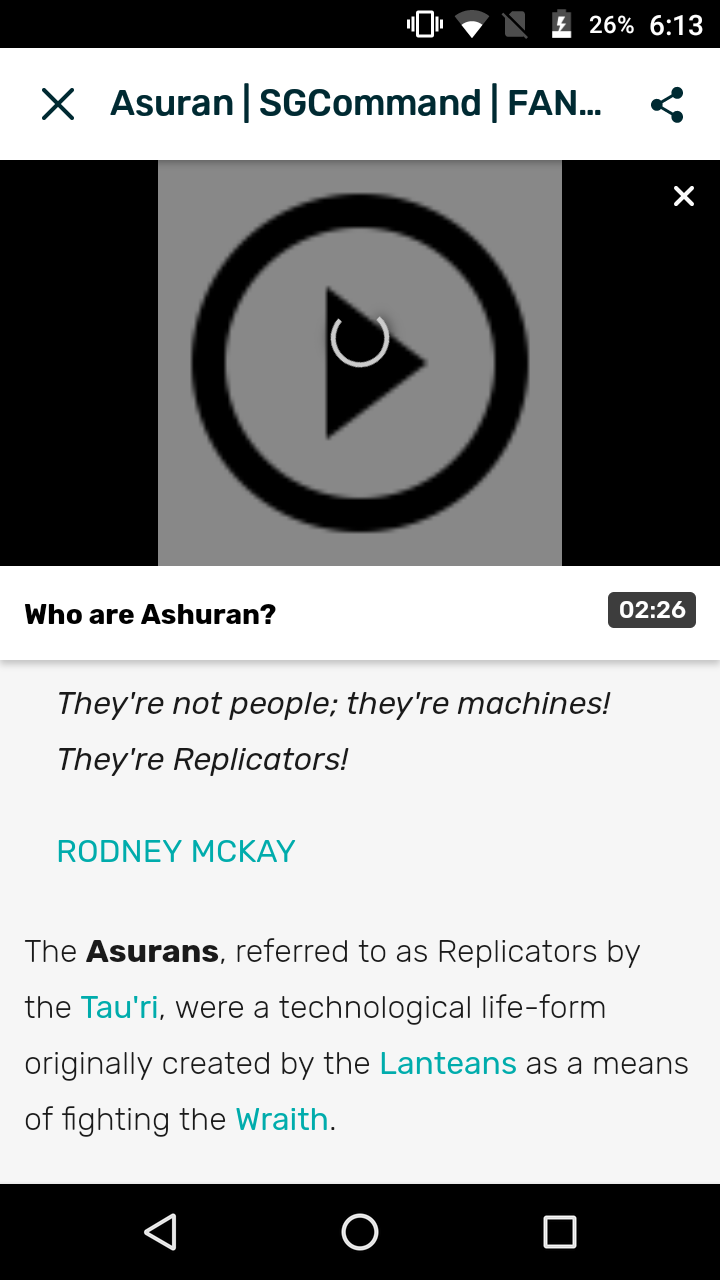 The "Asurans" are replicators. Just advanced ones, Much more advanced the the ones featured in SG1, With a different purpose or well, Goal as well.

It is a general term, Teyla and Ronon and Rodney and John are humans even if they are from other galaxies.

Yes. Yes it is a general term. The humans in the pegasus galaxy are human. The ones in the milkyway are humans, I mean hell, Humans in a galaxy like four times as far away as Pegasus are, HUMAN. All I'm saying is the Ancients did in fact not create the Wraith. The ancients are too smart to create something they couldn't control. They COULD control the Asurans or replicators they CREATED, which furthers to prove my point.

No, they couldn't control anything then the arrogance was their downfall.

Oh, They couldn't control anything? Arrogance was their downfall? They weren't arrogant. They were a naturally passive people. Their downfall was the aggressiveness of the wraith. The fact that they were much more militarily strategic then the Ancients were. The fact that the wraith refused to accept propositions of peace. Also, They did control the Asurans. That's why before Atlantis's Team found them, they had never left that planet. They simply did not have the will to. They were put into a dormant state by their creatours the ancients. I've done my research, You, However, Seemingly have not.

I will, Trust me, I in fact, Will. Until you give me direct, Visual evidence of your argument, I will indeed assume I am right. I'm sorry, But from any intellectual arguers standpoint, You aren't really doing much to prove you're right. Either you don't care, Or you're just lazy.

Did you actually watch the episode Progeny?

Yes, Yes I have. Although, The episode has no affect on the main point of my argument. I literally stated that they didn't create the Wraith; If you look it up on here, And even on Google you will see the same thing I'm telling you. Plus; If you're saying I'm wrong that they never left the planet; I said before the atlantis team found them, They had no will to. They knew they couldn't harm the ancients cause the ancients would just shut them down or destroy them, The ancients nearly wiped them out in the first place when they didn't fulfill their purpose of fighting the wraith. When the Atlantis team found them, Then found out they weren't the Ancients. That is when they took their city ship towards atlantis having probed Sheppard's mind. They wanted to, once and for all, Destroy the, As far as they knew, Home of their creatours.